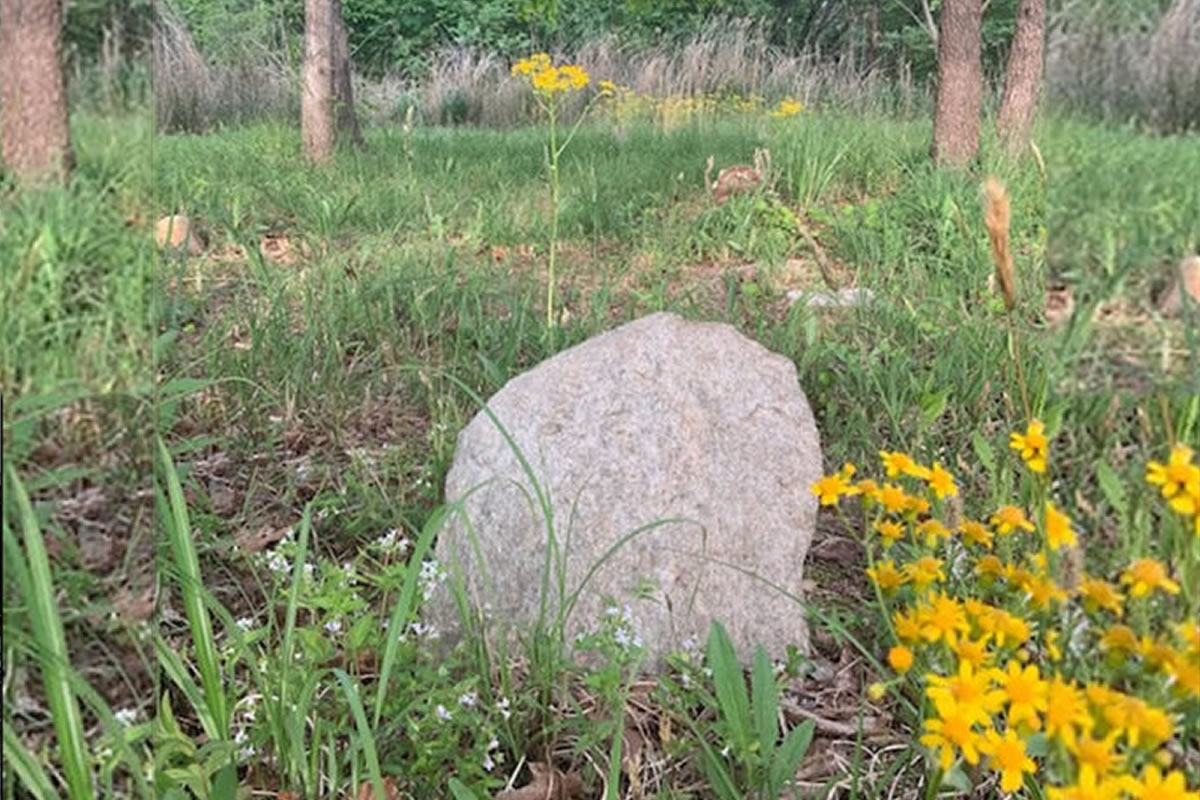 Some black residents who are having difficulties tracing their family to the period before the Civil War have speculated their ancestors may have been free and not slaves.

Legends and stories have been passed down for generations that there were free blacks in the county prior to the Civil War. One of the most common is that the Rev. Samuel Edney freed the slaves his wife brought with her from the Mills family.

Some free blacks are buried in a section of Mill Pond Cemetery in the Rugby community at the corner of N.C. 191 and South Rugby Road. The cemetery is also known as Oakdale Presbyterian Church Cemetery and contains graves of some members of the Leverett family, who sold newly freed blacks the land for the first black church in the county, Shaws Creek AME Zion Episcopal Church.

The Harren, sometimes spelled Herren, family has headstones, listing birth and death dates. Old census records list the family as free black. In 1878, James Herren was one of three trustees, along with Samuel Gash and Alfred Rhodes, to obtain land from Noble Johnson for the first black school in the Rugby and Horse Shoe communities. Headstones with names and dates in this section also name Markus Henry, who died in January 1865 at the age of 29, and Ellen M.L. Jones, born Sept. 29, 1784, and who died March 20, 1812.

There are also about 80 graves with fieldstones with no inscriptions, which may signify slave graves, free blacks and white and black paupers after the Civil War.

Other cemeteries in the county also contain the graves of slaves and free blacks, but it is becoming more and more difficult to determine. Fences that once separated the graves of blacks and whites have been removed in most cemeteries.

The census reports prior to the Civil War have a column where the census taker places a B for black or M for mulatto. The old census lists are difficult to read and contain misspellings.

The 1850 census lists free mulattoes named Bryson, Williams, Raxter, Whitzel, Laus, Owins and Jackson, many of them children. There are free blacks listed with the surnames of Gwim or Gwin and Ledbetter. There are 55 free blacks or mulattoes listed in the census report for Henderson County in 1860. These early census reports also include parts of modern-day Transylvania County.

During clean up of the Mill Pond Cemetery in 2005, Marie Smyth came to watch. She was searching for a particular grave. Smyth knew the remains of a beloved woman who kept house for her family’s ancestors in the 1800s were buried in the Mill Pond Cemetery. Rediscovering the exact location during a cleanup effort was like reconnecting with a long, lost friend.

Thick weeds that had grown up around the headstones following years of neglect made it a challenge to locate some of the cemetery’s graves. Descendants of Confederate veterans and descendants of former slaves worked side by side using machetes and weed trimmers to cut down the weeds which were so high in places, the tombstones were completely hidden from view.

The cemetery contains the remains of pre-Civil War free blacks with graves dating as early as 1804. In the late 1800s, it was used as a paupers’ cemetery.

Smyth, an 87-year-old Mills River resident, could hardly contain her delight at finding the gravesite of the woman who was like a member of the Layne and Mangnum families for years.

“Her name was Louvenia Mangnum and she was our black mammy who came over from Europe. Ireland, I think,” said Smyth, as she lovingly touched the tombstone. “The children called her ‘Bean’ probably because they couldn’t pronounce Louvenia but everybody in my family loved her. She cooked and cleaned and ran the house and bossed everyone around and everyone loved it. She took care of my mother and uncle and everyone just loved her.”

The dates on the tombstone read 1858 and 1926, indicating the woman’s birth and death. Louvenia took the family’s name of Mangnum as her own, Smythe said, following the custom during the Civil War era when free blacks adopted the names of the families they worked for since there were no written records tracing accurate family genealogy for many blacks.