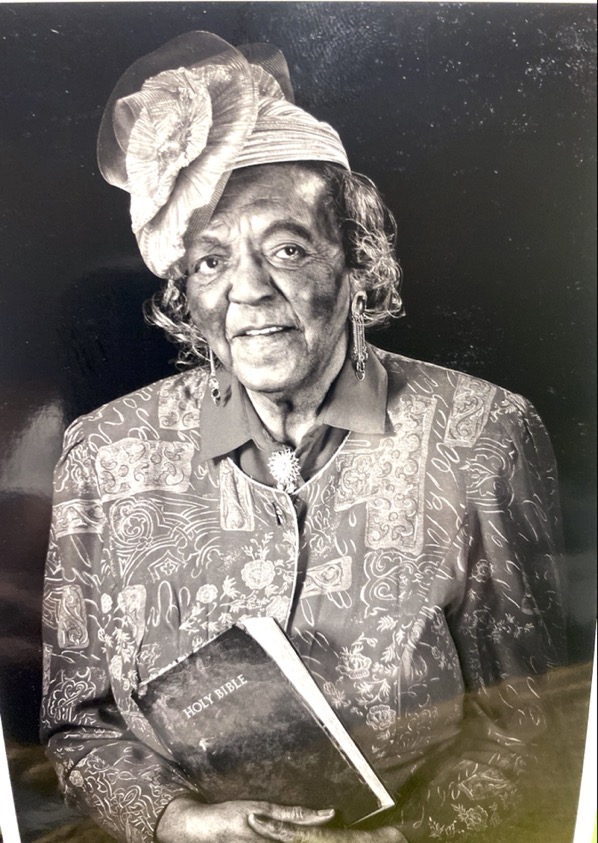 Kathleen Featherstone Williams is a member of the Featherstone Clan and a native of Asheville, N.C. She was born on November 1, 1920. She graduated with honors in 1938 from Stephens-Lee High School in Asheville. She went on to the Stewarts Beauty School in Asheville, graduating in 1940. She worked for two years as an apprentice and then came to Hendersonville to open a beauty shop for Mrs. Alberta Mooney in 1942. She married Henry N. Williams of Seneca, S.C., in 1943. They had four children: Rhonda Karen, Sharon Elaine, Jerome Forrest, and Rodney Alan.

Her first beauty shop was on Maple Street and the second near her home in Peacock Town. This was the first beauty shop business outside the home. The building had two rooms, one of which became a place for youth to gather on Monday evenings. That was the beginning for a store she ran.

Mrs. Williams is a member of the Star of Bethel Baptist Church and has served in many capacities for the church. She is a member of the North Carolina State Beauticians Association; Grand Instructor of Education of the Grand Chapter Order of the Eastern Star, DAR; Diamond Circle Chapter #263 of Hendersonville; and organizer of the Kids’ Bible Club. She was a den mother for Cub Scout Pack 611. She is also a member of the Council of Women, Church Women United, serving as past co-chairman, and on the board of the Democratic Women. She has served on the board of the Council on Aging and the YMCA. She has organized the Featherstone Family Reunion since 1976.