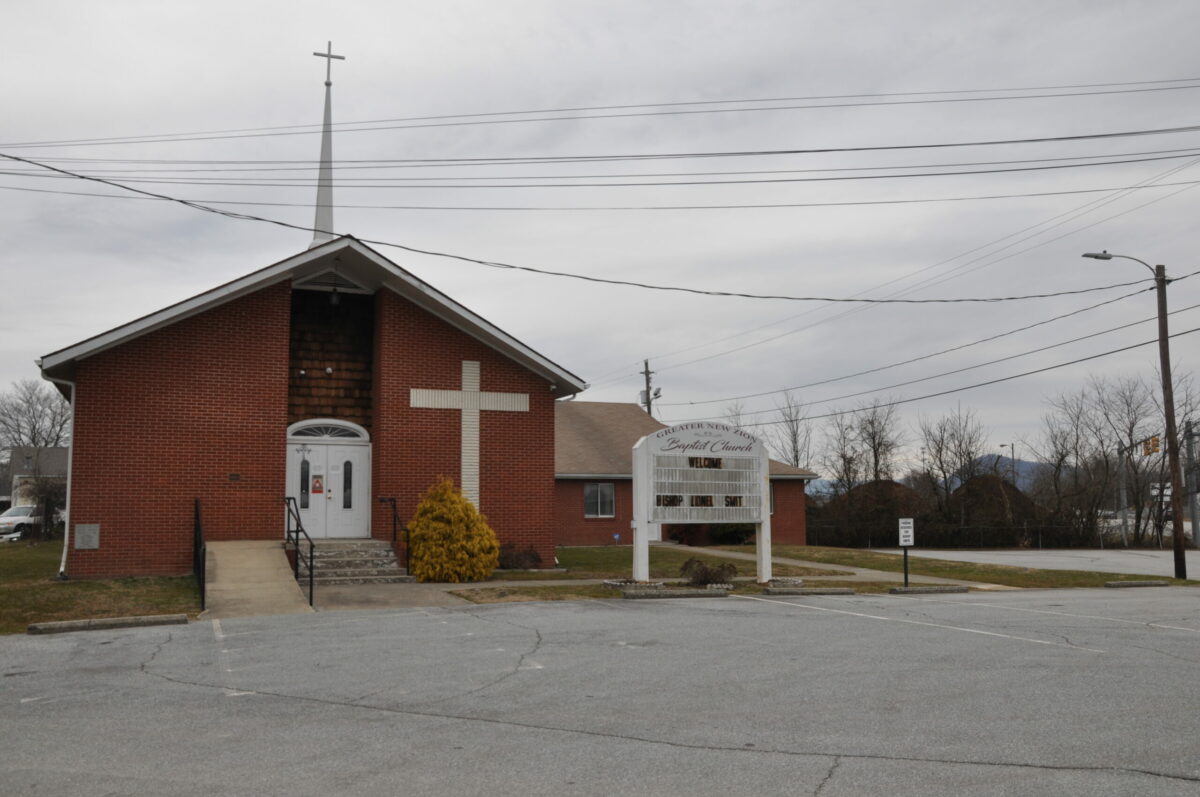 In 1927 a group of people founded a church in the Brickton area of Henderson County and named it Zion Baptist Church.  The name remained Zion Baptist Church until 1963 at which time a new church was constructed and the name was changed to Greater New Zion Baptist Church.  The original church was begun under the leadership of Rev. A. B. Roberts with a membership of eight residents from the Brickton area.  The charter members were: Otha and Minnie Mills, B. J. and Mattie Talley, Wait and Minnie Collins, Ben and Margarit Smith.   In 1928 the church held its first revival and Mrs. Eleva Thomas, wife of deacon James Thomas, along with other family members, joined the church.  The people met at the Brickton School for two years and were led by the Rev. Hubert, who became pastor of Zion in 1929.  Rev. Hubert also served the Pine Grove Baptist Church in Asheville.  He would preach at Pine Grove in the morning and then come to the Zion Church for evening services.  In 1929 a new church building was begun but the onslaught of the Great Depression put plans on hold.  The congregation continued to meet at the Brickton School until 1934, at which time a new church building was planned.  Rev. Lester Suber came to Zion Baptist Church in 1930 and under his leadership a new church was erected in 1934.  It was constructed out of three wooden houses from the Jordon Hill community.  The houses were disassembled and the materials were transported back to Brickton and reconstructed into the church.  In 1935, Rev. John Suber became associate pastor and served in that position until 1941, at which time he became the pastor of Zion.  In 1941, the church was torn down and a small white frame church was built in its place.  A cemetery was purchased from Pattys Chapel Baptist Church for $75.00 and was located in back of that church.  Rev. Suber continued to serve the people of Zion until his death in 1962.   Rev. Kenneth Lofton of Asheville, N.C., then became pastor.  In 1963, the old church was torn down and a new one built in its place.  It was at this time that Zion Baptist Church officially became Greater New Zion Baptist Church.