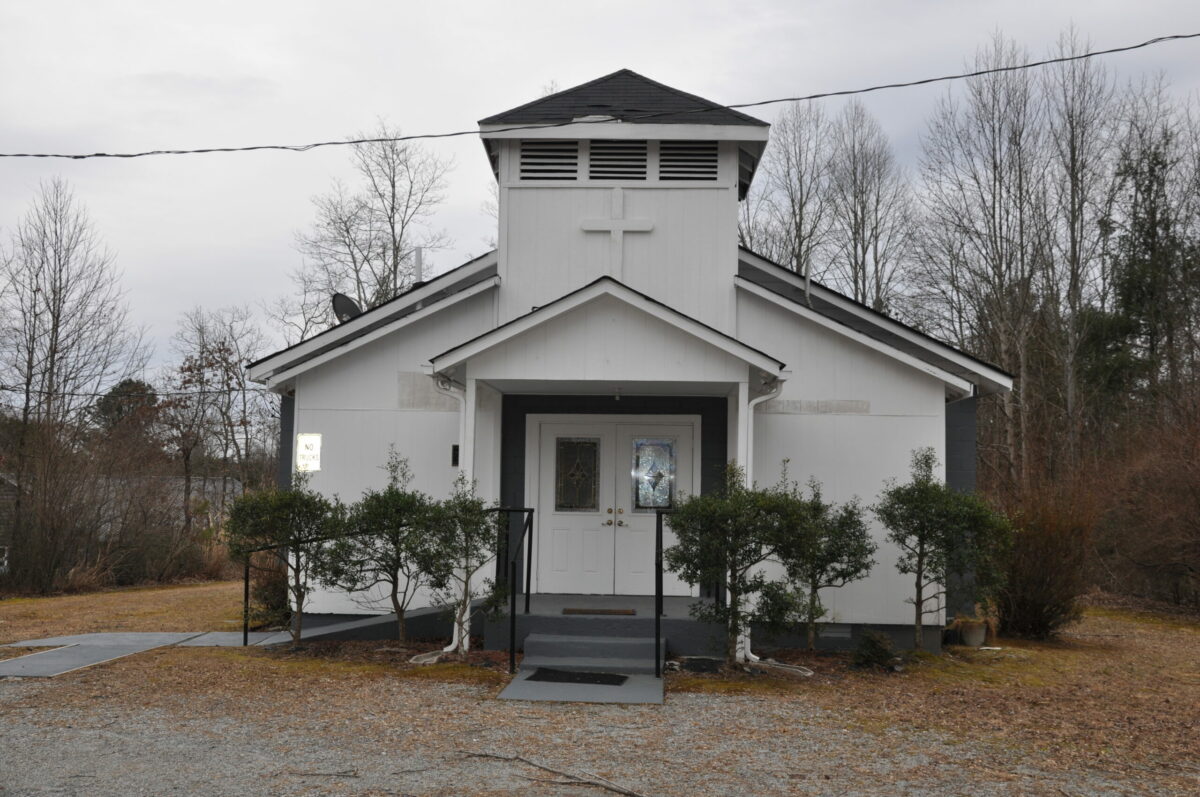 A few years after the Civil War a group of settlers moved into the Fruitland-Edneyville area of Henderson County around an area that was known as Ritter Path (or Green Mountain). By the turn of the century, under the leadership of Emmanual King, Frank Allen, and Alex Mills, land was purchased from a man by the name of Henry Corn and plans for a church were formed. There were originally ten members of the church and it was the first church for Blacks in this rather remote area.

Two names stand out in the early history of Mt. Zion: Calvin Nesbitt and Henry McCoy. Henry McCoy was twenty years old at the time that the land for the church was bought, and he helped to raise money for a building by selling dinners. Each dinner Henry sold would buy some more nails or a few planks of lumber. Calvin Nesbitt and his sons began the actual building of the church. It is said that they carried the lumber for the church on their backs and erected the structure one plank at a time.

Calvin ran a country store and had a large holding of land in the area. Well-respected in the community, he was known for getting things done. Because of these attributes, Calvin was elected the first deacon of the church. Many years later the Nesbitt family reunion would begin in December, 1945, when C. T. Nesbitt came to Clear Creek from New York to start this annual tradition. The reunion grew into a community event and a different church in the area would serve as host each year. The original church that Calvin and his sons built would be used for 45 years until 1957.